Since his major-label debut in 2008, Matt Maher has become a staple in the artistic and songwriting community. A nine-time-GRAMMY® nominee and three-time-GMA Dove Award® winner, he has garnered multiple radio successes, writing and recording songs such as his Top 5 CCLI song “Lord, I Need You” and the chart-topping radio singles “Because He Lives (Amen)” and “Alive & Breathing.” Along with other hits such as “Hold Us Together,” “Christ Is Risen,” “All The People Said Amen,” and “Your Grace Is Enough,” Maher has written or co-written six No. 1 radio singles.

Penning numerous songs recorded by Crowder, Hillsong, Casting Crowns, Chris Tomlin, We Are Messengers, Chris Renzema, Mack Brock, Brandon Lake and Passion, he’s had multiple titles on the CCLI chart’s Top 500 list. With career album sales of more than 600,000 units to date, Maher was awarded RIAA Platinum® certification for “Lord, I Need You” and RIAA Gold® certification for “Hold Us Together,” “All The People Said Amen,” and  “Because He Lives (Amen)”. He’s released ten studio albums, including his 2017 GRAMMY-nominated album Echoes, and his first Christmas album and children’s book, both titled The Advent of Christmas.

Maher, an official Steinway Artist, has been headlining his own tours and performing at major Catholic and Evangelical events since 2004, including multiple World Youth Day festivals, most recently in Rio De Janeiro presided by Pope Francis. He has also participated in the industry’s biggest tours and festivals, such as Worship Night In America with Chris Tomlin, Compassion Live’s The Road Show and Tobymac’s Hits Deep. Maher has also toured with MercyMe, Chris Tomlin, and Casting Crowns. 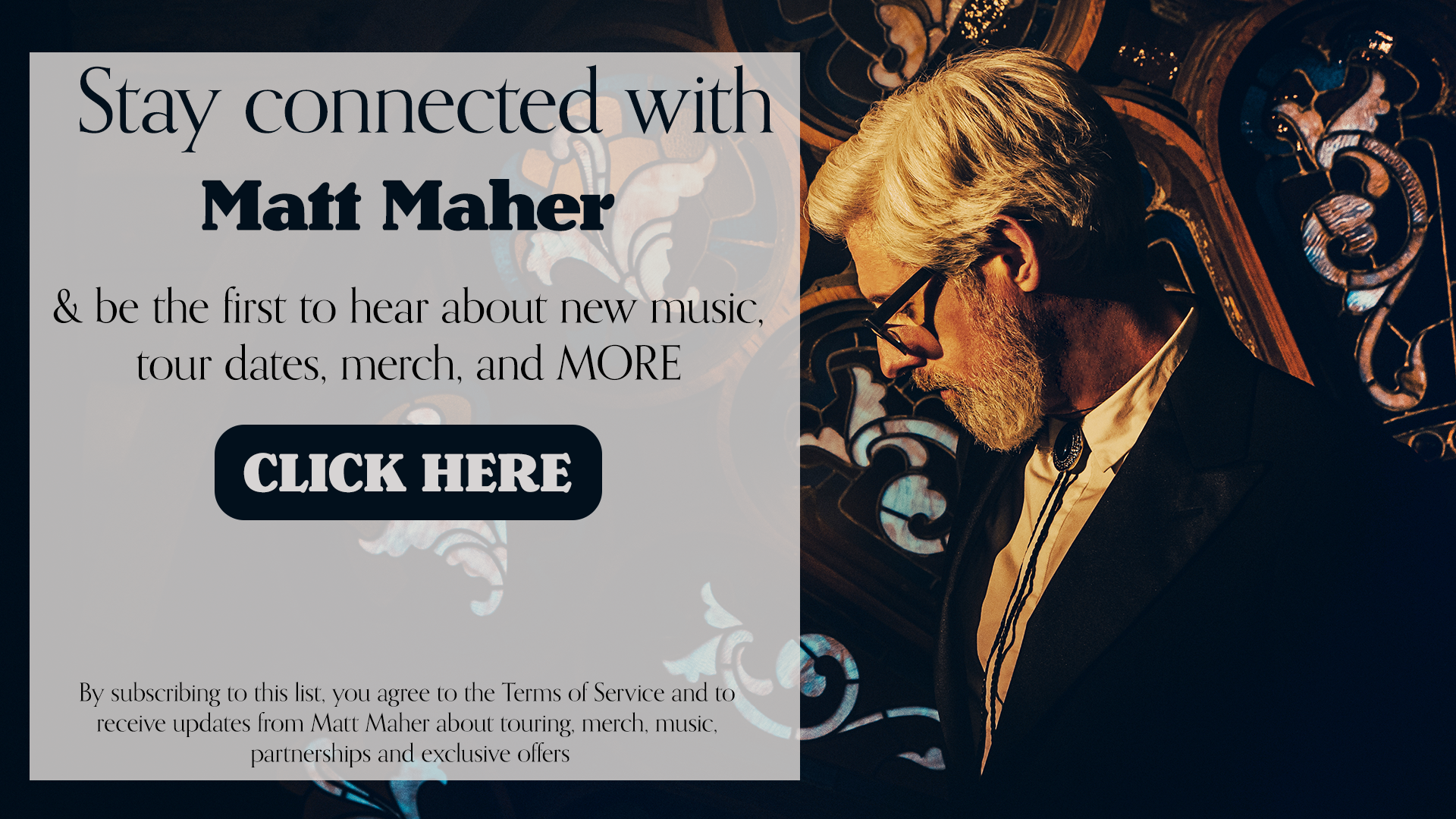